Home / Uncategorized / The final stretch of the Ebre river is in good ecological condition in 2020, although it still has some pending subjects

The final stretch of the Ebre river is in good ecological condition in 2020, although it still has some pending subjects 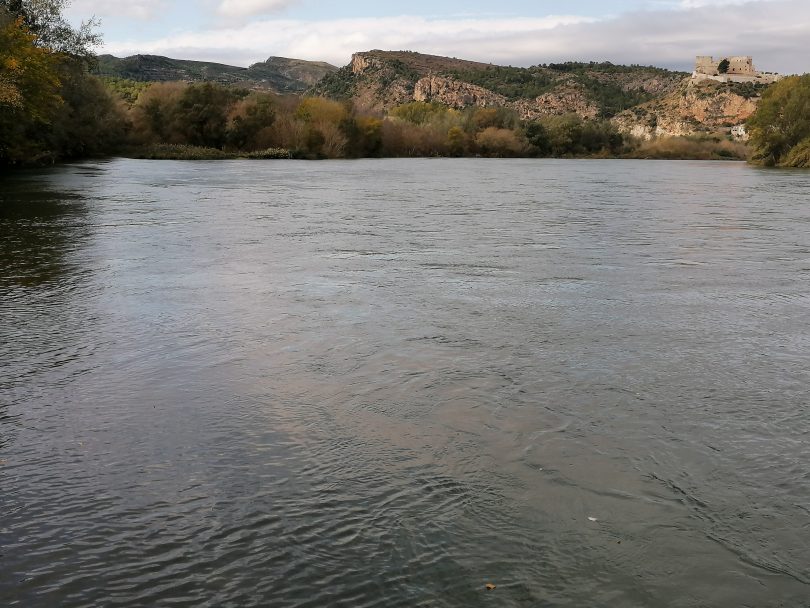 The report on MONITORING THE PHYSICOCHEMICAL AND BIOLOGICAL QUALITY OF WATER AND THE HABITATS OF THE FINAL SECTION OF THE RIVER EBRE 2020, prepared annually by the Center for Mediterranean River Studies – Universitat de Vic – Universitat Central de Catalunya since 2014, is made in the framework of the “LIFE MIGRATOEBRE Project (LIFE13 NAT / ES / 000237): Recovery of migratory fish and sustainable management of the final stretch of the river Ebre” (www.migratoebre.eu). Its aim is to gather all available information on the physicochemical and biological quality of water (except fish, which are treated in a specific report) and aquatic habitats, to see their evolution during this project. To a large extent, these data are obtained by the basin bodies, basically from the Agència Catalana de l’Aigua and the Confederació Hidrogràfica de l’Ebre.

The conclusions drawn from the available data can be summarized as follows:

The quality of the river habitat in the final stretch of the Ebro obtained from the river habitat index (IHF) is generally good or very good. The quality of the riparian forest (QBR) in the main course of the Ebre is, in general, improveable, varying between good and bad. In contrast, in the assessed tributaries, the Siurana and the Asmat, the riparian forest is, in general, very well consolidated. The 2019 data show a decrease in the values ​​of this index in several sections of the main course of the Ebre, possibly associated with floods between Autumn of 2018 and Summer of 2019.

The physicochemical data collected show a high level of salts, chlorides and nitrogenous components (nitrates and nitrites), higher than would be desirable. Occasionally, there are fairly extreme nitrate values. Occasionally, some extreme sulfate value is also reached. The data collected show an upward trend of certain parameters, such as chlorides, nitrates and nitrites, which in 2018 and 2019 had increased the number of high records, but the 2020 data break this trend, possibly due to to the fact that it was a rainy year and to a consequent increase in the flows of the rivers, which would have diluted these concentrations.

The levels of some heavy metals in fish in the Flix Reservoir continue to slightly exceed the desirable scales for human consumption. Specifically, mercury and methylmercury, which are the main contaminants detected in fish, especially in Flix and downstream of this reservoir. In addition, an excess of cadmium is detected in molluscs in the bays of the Ebro Delta.

Regarding pesticides, diazinon and chlorpyrifos are the compounds that appear most in the sediment. The highest values ​​in the water correspond to the Ebro Delta, especially terbutrine and chlorpyrifos, with a great annual variability of their concentrations, associated with the river flow and atmospheric precipitation.

Biological indicators based on the calculation of indices of aquatic macroinvertebrates (measured in Flix, Móra d’Ebre, Xerta and Tortosa and in the river Siurana in Bellmunt) and indices based on diatoms (measured in Flix, Ascó, Móra d ‘Ebre, Benifallet, Xerta and Tortosa and two tributaries, the Siurana in Bellmunt and the Asmat in Capçanes) determine a good or very good water quality with the exception of Flix, where the population of diatoms and phytoplankton shows improvable levels.

Data from phytoplankton and chlorophyll “a” biovolumes show oligotrophic conditions (with relatively few fertilizers and few plantonic algae) in most of the sampled sections (Flix, Ascó, Móra d’Ebre, Benifallet and Xerta). , while in Riba-roja too high levels of eutrophy are detected, which in some registers can be considered very excessive, of hyperutrophy.

The indices based on macrophytes (IVAM and IVAM-CLM) measured in Xerta and Tortosa also determine a high level of nutrients, in this case, deposited in the sediments of the river Ebre.